For a long time, the filming industry has suffered a lack of diversity, which undermined black actors and actresses. However, more and more people are stepping into their star roles with vitality.This has made both young and old black people establish their footprints in the acting industry. Industry dynamism keeps the list of best black actresses under 40 changing.

More so, different actresses portray unique abilities. Some are great scriptwriters, while others are brilliant directors. 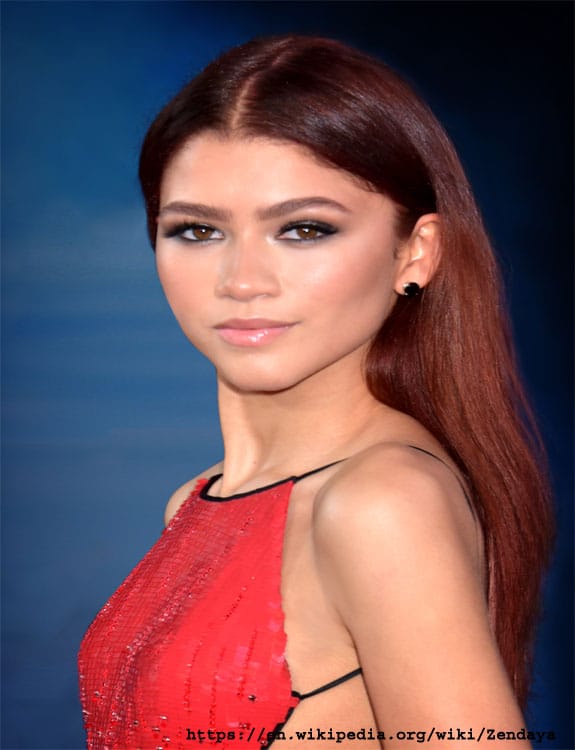 Born on September 1, 1996, Zendaya is an American singer and actress. She’s among the best black female actresses under 40, whose career began as a backup dancer and child model before gaining her fame for an outstanding role as Rocky Blue in Shake It Up. In 2013, this young black actress was a contestant on Dancing with the Stars.

Nevertheless, her performance as a teen struggling with drug addiction in the Euphoria drama series (2019–present) made her win a prestigious accolade. The Primetime Emmy Awards made Zendaya become the youngest actress to win such an honor.

Her acting roles include The Greatest Showman- a musical drama-, and Spider-Man: Homecoming. The recent roles are depicted in Malcolm & Marie, Dune, a Space Jam.

Additionally, she is a vegetarian and owns a magnificent home in Los Angeles. Her interests include designing clothes, singing, and dancing. 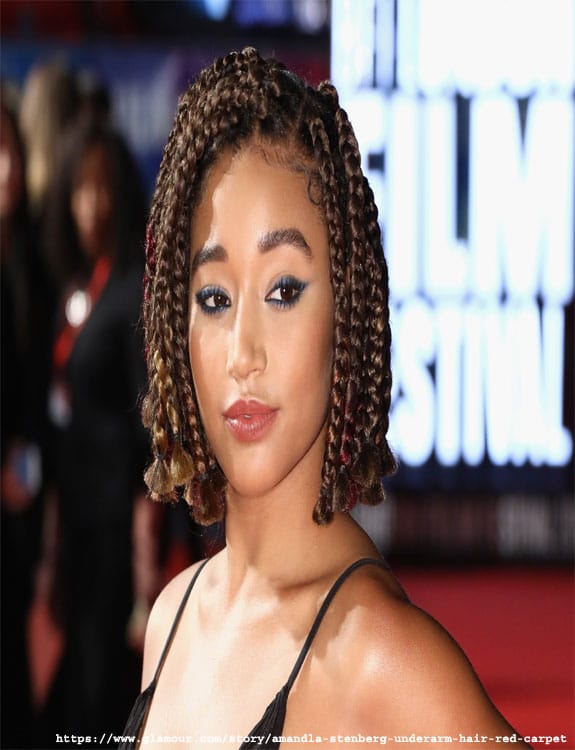 Amandla is a young, promising black actress and singer. She was born on October 23, 1998, in Los Angeles, California. In 2015 and 2016, she was included in the list of Most Influential Teens and has received several awards.

Stenberg appeared in her first film, Colombiana, in 2011. However, her film career breakthrough came at the early age of 14 years when she acted in The Hunger Games. Stenberg’s performance was highly praised, making her receive several nominations and awards.

In 2013, Stenberg premiered in a short film, Mercy. Furthermore, she has a recurring role in season one of an exciting series, Sleepy Hollow. In 2018, she premiered in contemporary drama, The Hate U Give. The film made Amandla receive critical acclaim for excellent performance.

Furthermore, Amandla is among the young black actresses to get accolades, such as Teen Choice Award and NAACP Image Award. She was nominated for the Critics’ Choice Award and four Black Reel Awards. 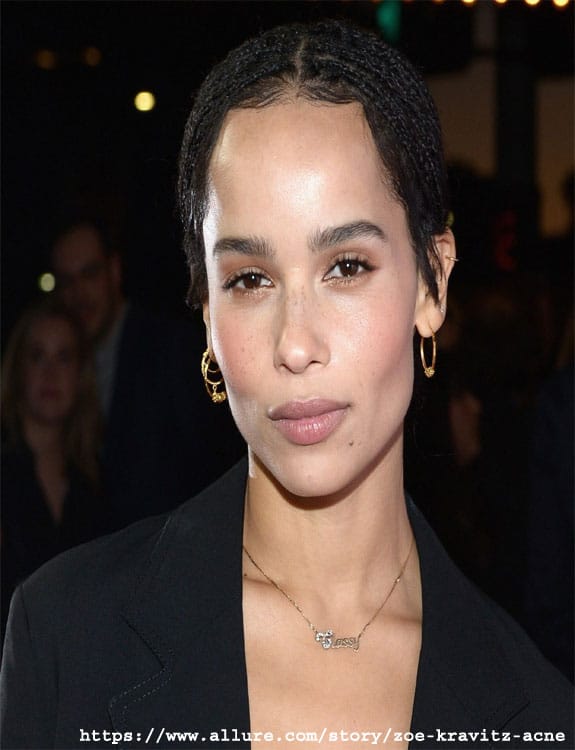 Zoe Kravitz is a multi-talented black star, born on December 1, 1988. The American musician and actress have received praise for directing projects like Big Little Lies, The Batman, and High Fidelity.

Furthermore, she is the only child of musician Lenny Kravitz and actress Lisa Bonet. The young actress knew she wanted to be an actress from a tender age, which she pursued with vitality.

Because of her determination, Zoe has earned the honor to be among the best young black actresses under 40. Her career took off when she premiered in Mad Max and the Big Little Sis TV series.

Becoming an actress was Zoe’s longtime goal. And with her father’s help, she landed an agent at 1 year. In 2007, she played a babysitter in the movie, No Reservations.

Despite her hailing from a famous family, Zoe understands the need to forge her own path. The black female actresses under 40 have appeared in several movies and TV shows, including Fantastic Beasts, the Divergent series, X-Men: First Class, and Mad Max: Fury Road.

Besides, Zoe is a co-writer and director for a thrilling film, Pussy Island. 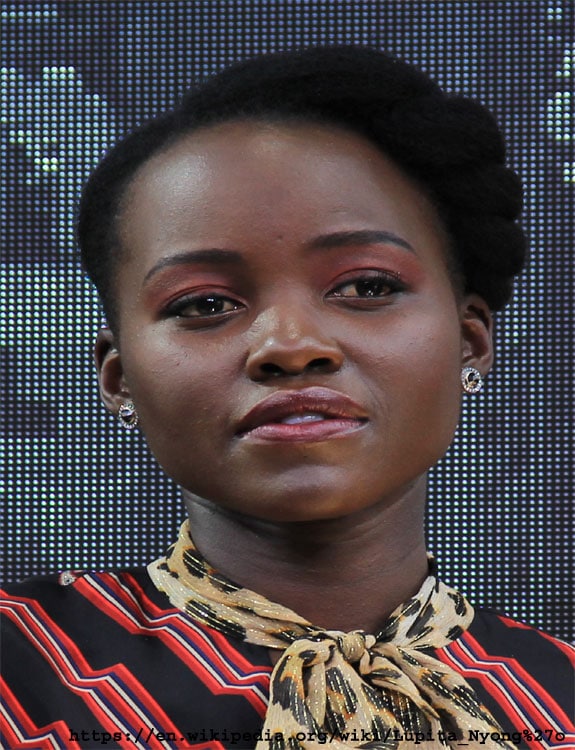 The list of the best black female actresses under 40 cannot be complete without mentioning Lupita Amondi Nyong’o. The black actress was born to Kenyan parents on March 1, 1983, in Mexico City.

raised in Kenya, and at 16, she was taken back to Mexico to learn Spanish. Lupita pursued film studies at Hampshire College. She worked as a production assistant on various films and later graduated from Yale School of Drama.

In 2009, Lupita featured in the Shuga series. However, her filming breakthrough happened in 2013 after featuring in a thrilling movie, 12 Years a Slave. Lupita appeared in Non-Stop, The Jungle Book, and Star Wars.

Lupita’s career progressed with her epic role as Nakita in Black Panther. She further honed her acting skills in US films.

Besides, Nyong’o is vocal about working for animal and women’s rights. And in 2014, the People named Nyong’o the most beautiful woman 2014. This also makes her be among the hottest actresses under 40. 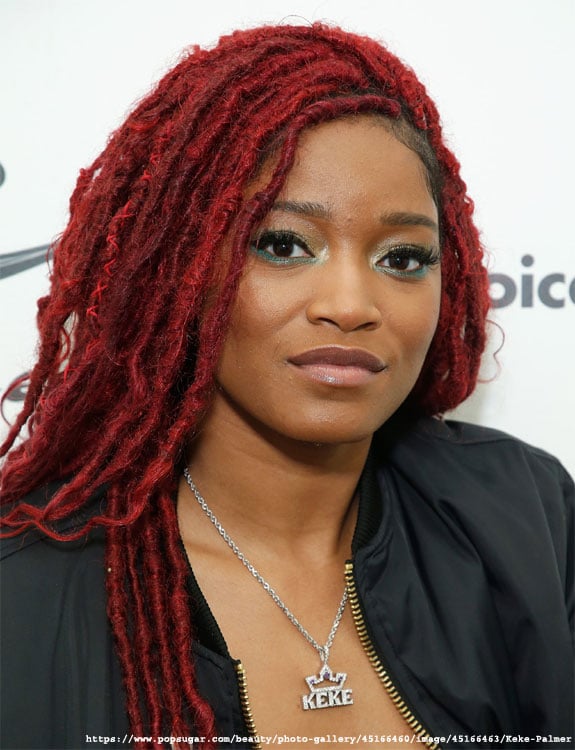 Lauren Keyana Keke Palmer was born on August 26, 1993. She is an American television personality, actress, and singer. Keke first sang in church, but her greatest exposure was performing at a Chicago tourist destination.

At age 9, 2002, Keke auditioned for The Lion King, which is a stage production. In 2004, her first film role in Back in Business exposed her to the filming industry. She played Queen Latifah, the niece of a rapper. In 2005, she featured in Knights of the South Bronx, ER, and Second Time Around.

Keke had her acting career breakthrough when she premiered in Akeelah and the Bee. For this role, she won NAACP Image Award and Black Reel Award. in 2007, she appeared in a thriller, Cleaner, and was also portrayed for a role in Jump In.

Besides her acting career, Keke is an avid supporter of the Girl Scouts and Urban Farming. Her beauty is striking too, making her land on the list of the hottest actresses under 40. 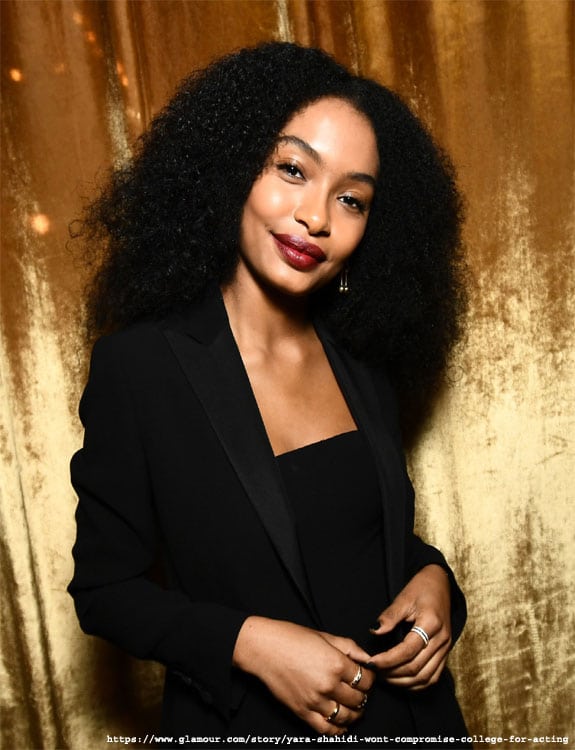 Yara Sayeh Shahidi was born to Afshin Shahidi and Keris Salter Shahidi on February 10, 2000. She is an American model, actress, and activist. She graduated from Dwight Global Online School in 2017. In 2018, Yara joined Harvard University to major in African American Studies and Sociology.

Yara began her career at a tender age, six years, by appearing in print ads and TV commercials. Her cinematic debut was in 2009 by starring Eddie Murphy in a thrilling Imagine That film. She premiered in Salt, an Angelina Jolie action film. 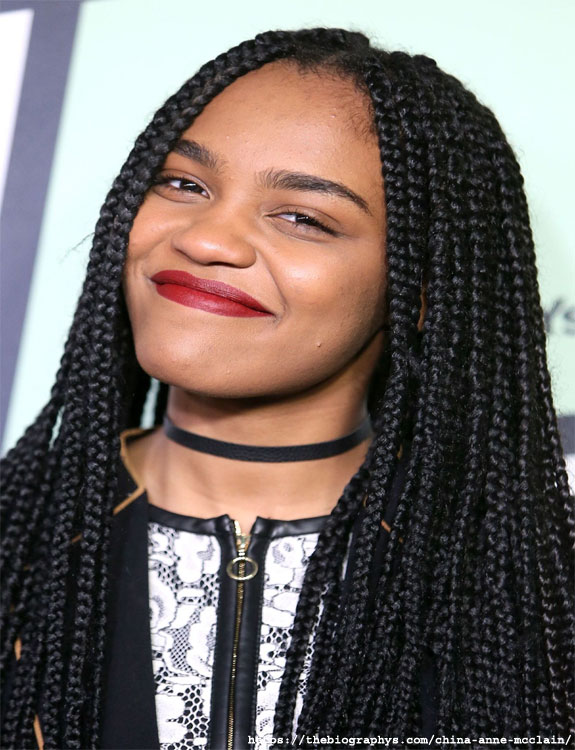 China Anne McClain was born on August 25, 1998. Ann is an American singer and actress whose career started at seven years. She is among the hottest actresses under 40, and she auditioned for Jump In, a Disney Channel Original Movie.

She starred in House of Payne (2007–present), a Tyler Perry’s television series. She also appeared in Daddy’s Little Girls, together with her sisters, who are also actresses. Other appearances include Hannah Montana, NCIS, and Hurricane Season.

In 2015, China featured in Bones, a FOX series. She won the Best Performance Actress of Comedy award in 2011 and 2015. She won the Outstanding Performance by Youth award. McClain received several nominations, such as Iconic Triple Threat and Icon of Tomorrow. 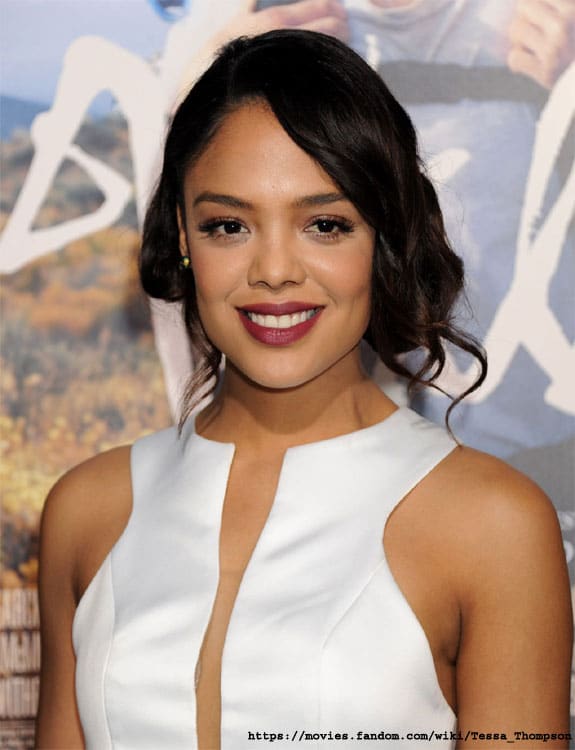 Born October 3, 1983, Tessa Lynne Thompson is an American producer and black actress under 40. Her career began in the Los Angeles Shakespeare company. In 2002, she premiered in The Tempest and featured as Juliet in Romeo and Juliet (2003).

Thompson made her first TV appearance in 2005 in a drama series, Cold Case. The same year, she landed the role of Jackie Cook on Veronica Mars. Other appearances include Make it Happen (2008), For Colored Girls, Detroit 187, and 666 Park Avenue.

Tessa has received numerous accolades in her acting career, including the Best Actor Award, Best Breakthrough Performance, and Best Supporting Actress. More so, she has been nominated for many awards. 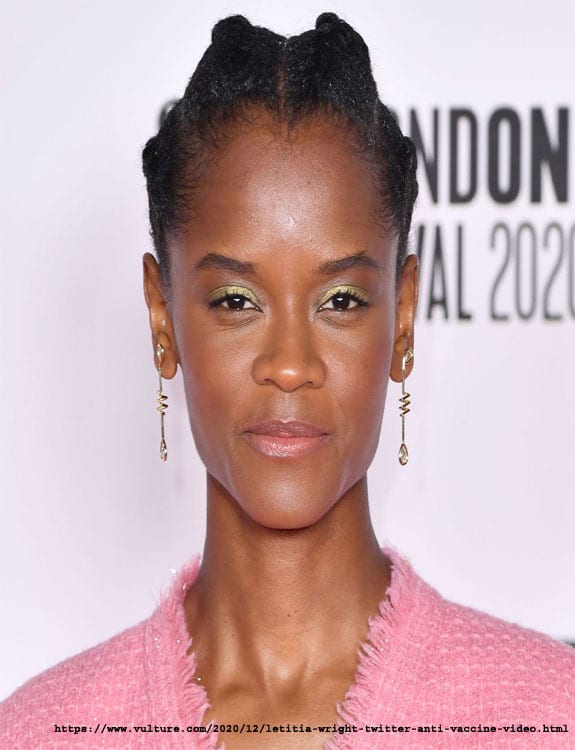 Letitia Michelle Wright is a Guyanese, British black actress born on October 31, 1993. Her acting career kicked off in top TV series such as Chasing Shadows, Black Mirror, Top Boy, and Doctor Who. Her excellent performance in the Black Mirror earned her a nomination for Outstanding Supporting Actress for Primetime Emmy Awards. 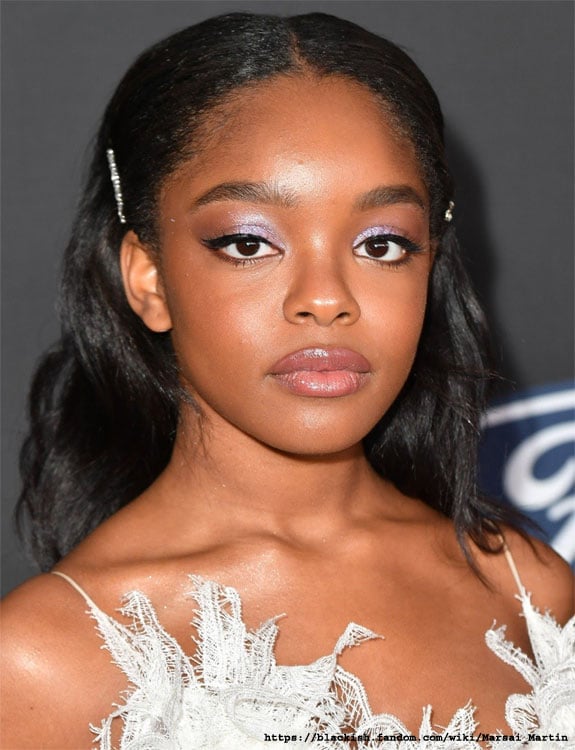 Marsai Martin is among the young black actresses under 40 to feature in this list. Born August 14, 2004, the 17 years-old is an American actress and producer. At five, Marsai landed her first commercial for Choice Hotel.

In 2014, Marsai was cast on the Black-ish as Anthony Anderson. She has received several nominations and awards, including NAACP Image Awards and Young Artist Award. Her career breakthrough was in 2016 on the film An American Girl Story. The same year, she did a voice role for Nina’s movie.

Genius Productions, Martin’s company, signed a deal with Universal, making her the youngest person to sign a deal at any studio.

Young talents are rising, and women of color are fast rising in the filming industry. This list of the best black female actresses under 40 shows that the world has opened its arms for a black woman.