There is no doubt that fashion trends in the 1980s were at the top of their game. Be it 80’s hairstyles, clothing or colours everything was worth watching and top-notch. Basically, it was a shift from subtle to funky fashion sense. Contrasting the first half of the decade with the second half, when the iconic 1980s colour scheme gained popularity, the decade’s first half was somewhat more subdued.

Your hairdo greatly determines your overall look. If you go for a kind of subtle hairdo, your look will appear quiet and light. But, if you opt for a funky hairdo, you will look hyper and loud. When it comes to 80’s hairstyles, they were generally curly, big, and heavily styled. The 80’s hairstyles played a huge role in making that era an era of great fashion and style.

If you are from the ’80s, you have lived that era of top fashion sense, and you have a complete idea of its fashion. But if you are young or in your teens and want to have a look at the 80’s hairstyles, then you are at the right place. Here in this article, I have mentioned some of the most common and trendy 80’s hairstyles.

We all know that long hair has been in fashion since forever. Long hair never goes out of fashion. In the same way, long hair was also very trendy back in the 80s. Some of the most common hairstyles with long hair in the 80s era are:

Nowadays, short hair has also come into fashion. We all see a lot of young girls and women around us with short hair off and on. There was also a time back in the 80s when short hair became very popular. Some of the most common hairstyles of the 80s with short hair are:

Some Of The Common 80s Hairstyles

There were a number of funky and beautiful hairstyles that were common in the decade of 1980. Some of those hairstyles are still in fashion and very trendy. Here I have mentioned some of the most common and trendy 80s hairstyles. You can also try them as I have also given the method of making these hairstyles.

Just Simple crimpling your hair is not only trendy these days but also back in the ’80s. This is one of the craziest hairstyles. This hairstyle gives you an overall funky look and never gets old. Almost all girls like to crimple their hair when they get bored of sleek, straight, or curly hair. So, crimpled hair has been one of the best hairdos of the 80s. 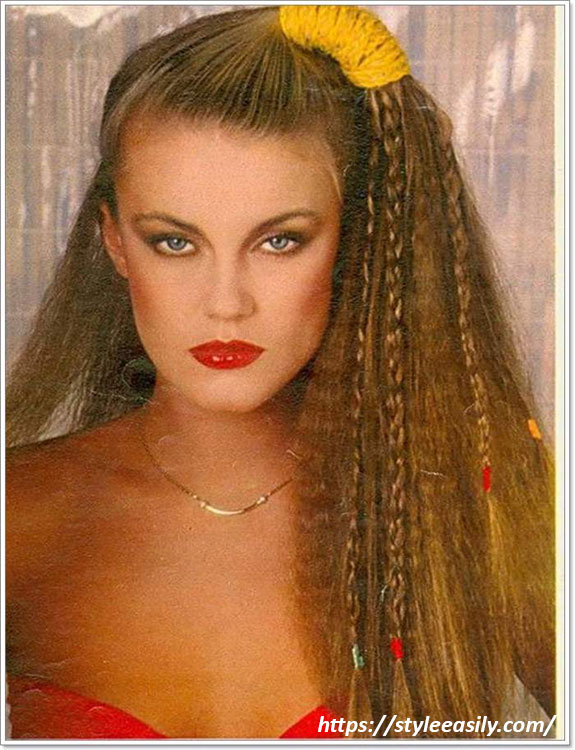 Having braided hairstyles is a unique way to look young and fresh. Half braided updo is one of the most common 80s hairstyles. Mostly the young girls at that time used to go with a half braided. This hairdo is mostly done by making a french braid at the top of the head and then finishing with a simple braid through the end. 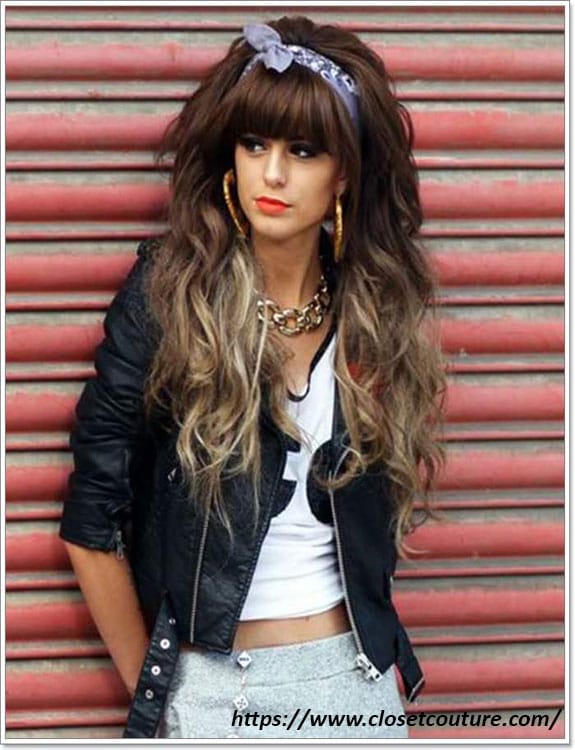 Using hair accessories while making hairstyles is a common thing. Hair accessories such as hair bands, hairpins, hair pearls, and colourful bandanas make your hairdo look styling and pretty. Back in the 80s, wrapping your hair with a bandana was also one of the most trendy hairstyles. Now, a number of small and large-sized hair bandanas are available in the market. Bandana hairstyles look good with both short and long hair. 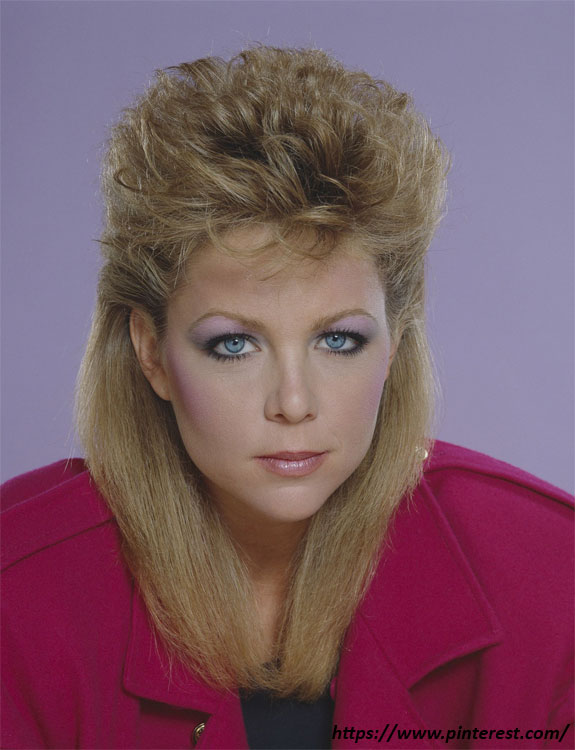 In 1980, the mullet hairstyle was the one hairstyle common among both women and young girls. If you look at this hairstyle, you may not like it today for yourself as it is quite a different way of styling your hair. In mullet hairdo, the upper hair is trimmed short while the bottom hair is kept long. But it does not matter what you say about this hairdo today, it was quite a popular hairstyle in the 80s. 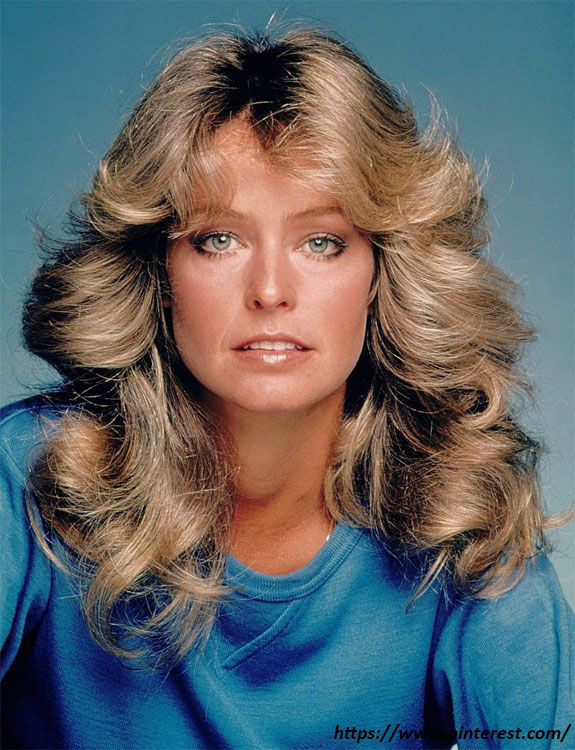 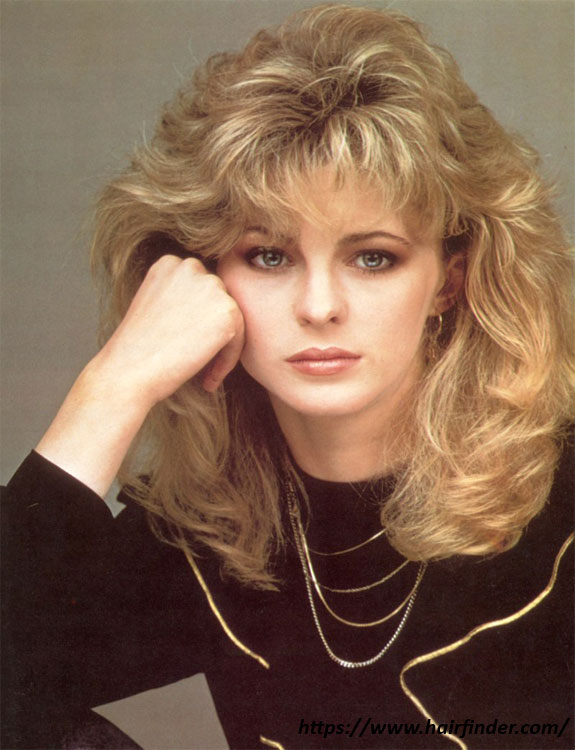 Front bangs with long hair somehow make a perfect combination. In the 1980s and 1990s, this hairstyle became quite popular. Long hair with bangs makes you look young. If you are a girl, you probably have or think about having this hairstyle once in your life. 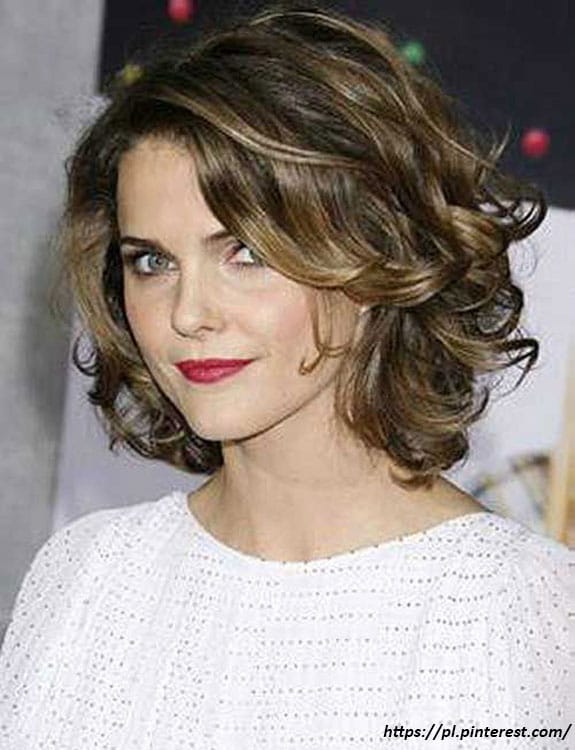 Bangs with sort hair look even more interesting than with long hair. This hairstyle is very unique and was trendy in the 80s. As bangs become more prominent with short hair they give an exquisite and refreshing look. 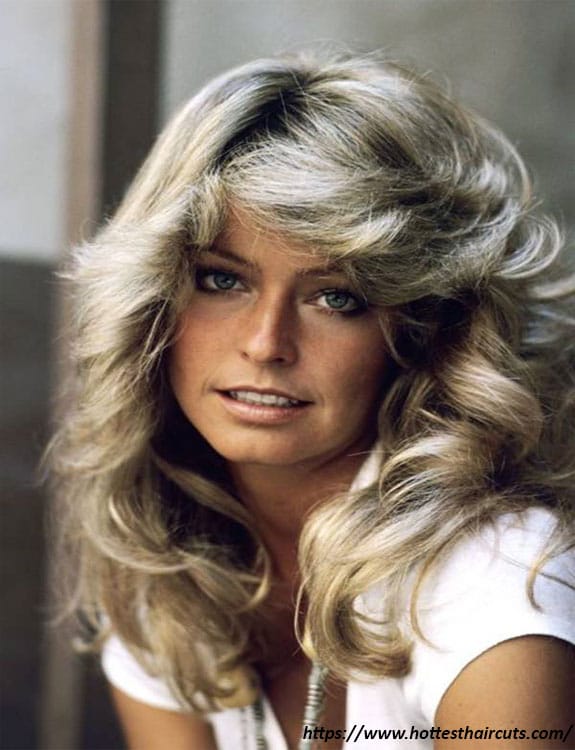 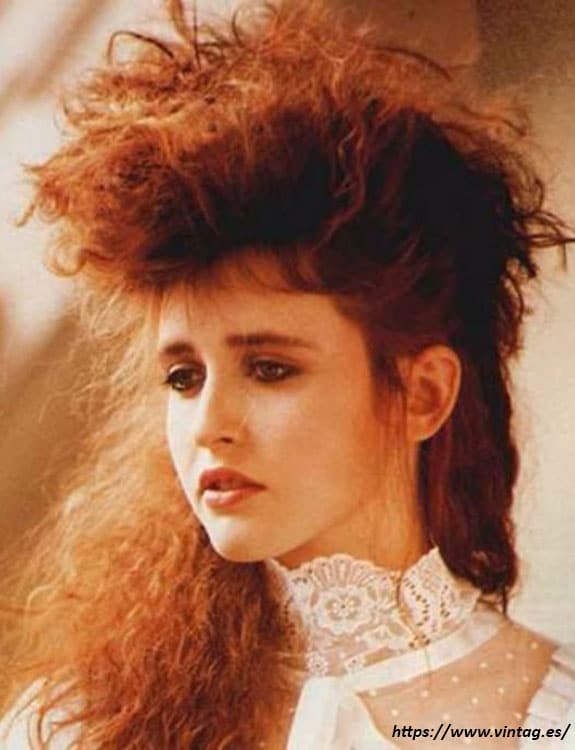 Rock in hairdo is one of the funky hairstyles. This hairstyle is also among the 80s hairstyles. It is not a very common hairdo among girls at that time and till now. But this hairdo gives you a rock star appearance, and who does not want to look like a rock star.

10. Hairdo With A Flower 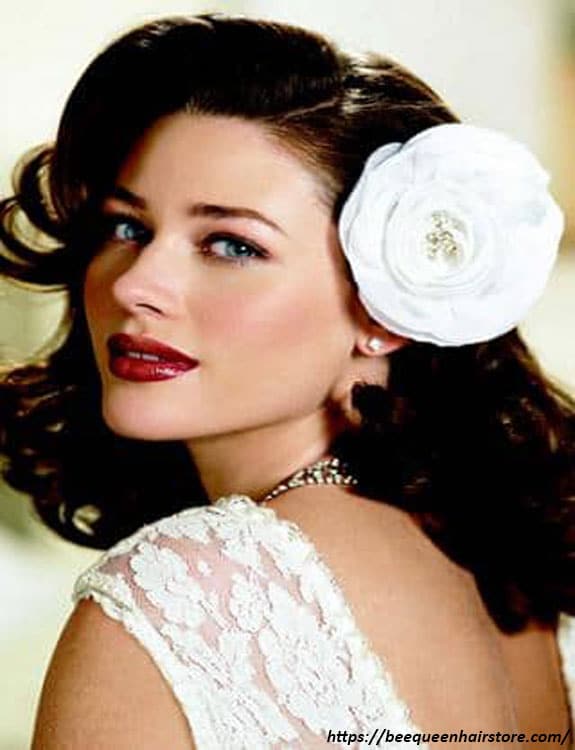 Hairstyling can be enhanced by using hair accessories. These hair accessories include hair bands, hairpins, bandanas, pearls, and flowers. Using natural flowers while styling your hair makes your hairstyle very decent yet elegant. Hairdo using a flower was very common practice back in the 80s. Nowadays, if you want to create a traditional old look of yourself, you can go for a hairstyle using a flower. 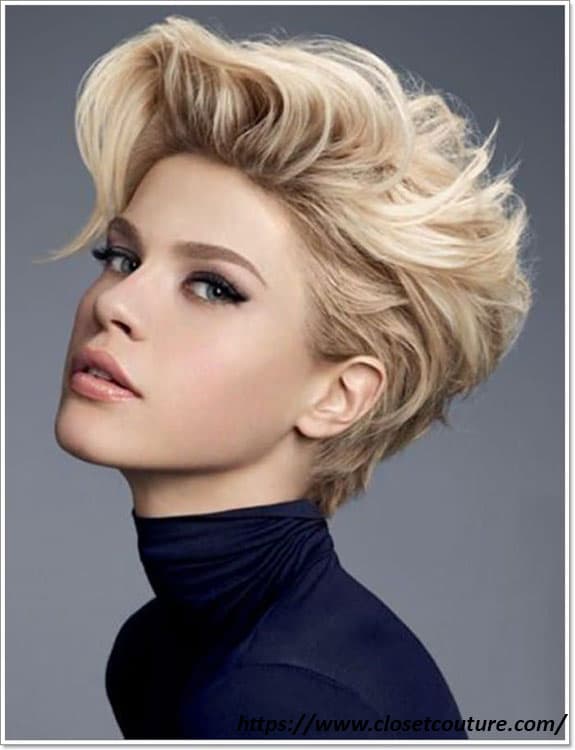 A pixie hairstyle has also been one of the hairstyles of the 80s. This hairstyle is mostly preferred by the tomb boy or the girls who like to look bold in appearance. A pixie hairdo with dark lip colour is a perfect combo. This gives a very sharp look and makes you stand out from the crowd. As for now, this hairdo is becoming common. 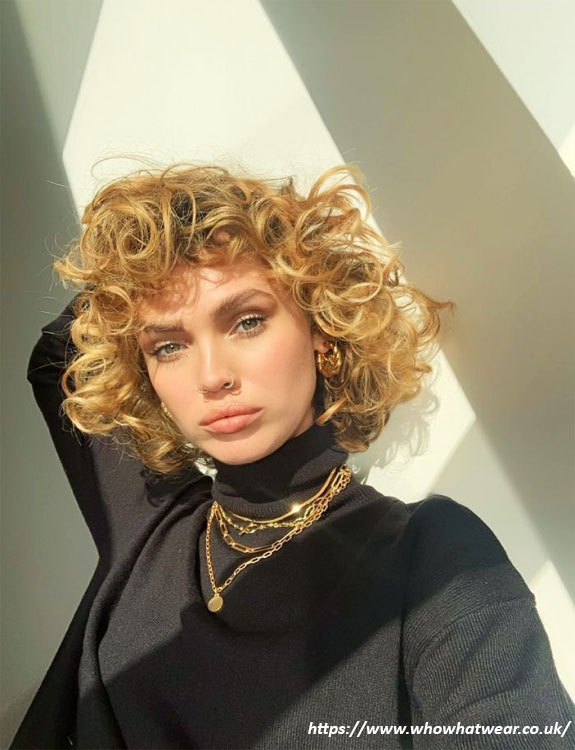 Curls have been in fashion since forever. The sizes of the curl may be different in different eras. This was also the case in the 80s. Back in 80’s curly hair was in fashion, but the curl’s size was small at that time. Long hair with small-sized curls on had made a go-to look for many girls back in the 80s. Nowadays curly hair are also in fashion but the size of curls as preferred by girls is small. 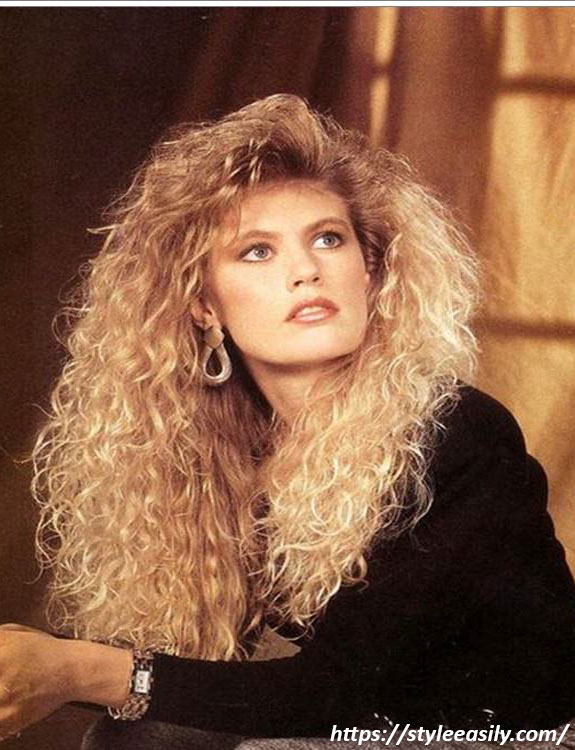 Long hair and giving them a messier look never get outdated. This hairstyle has been in fashion in the 60s, 70s, and 80s as well. Some people try to crimple their hair a bit to make them messier. If you have long hair, just make a side partition of your hair, make them a little messy, and you are ready with your go-to hairstyle. 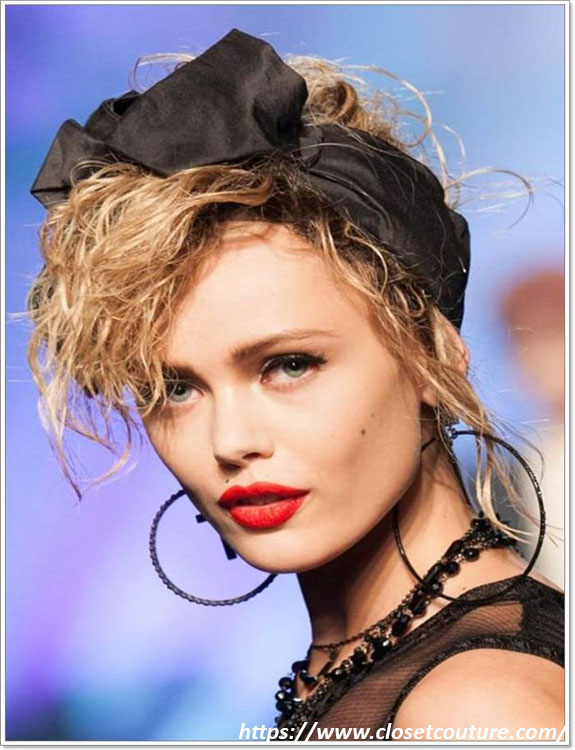 Making buns of your hair is a very trendy and elegant hairstyle now and back in the 80s. But in the 80s, girls used to put a hair bow too on their heads. The young girls and women of age 40 found this hairstyle to be very attractive and popular at that time. If you look around now, this hairstyle is also becoming common with each passing day. It is also included in the latest hair trends. 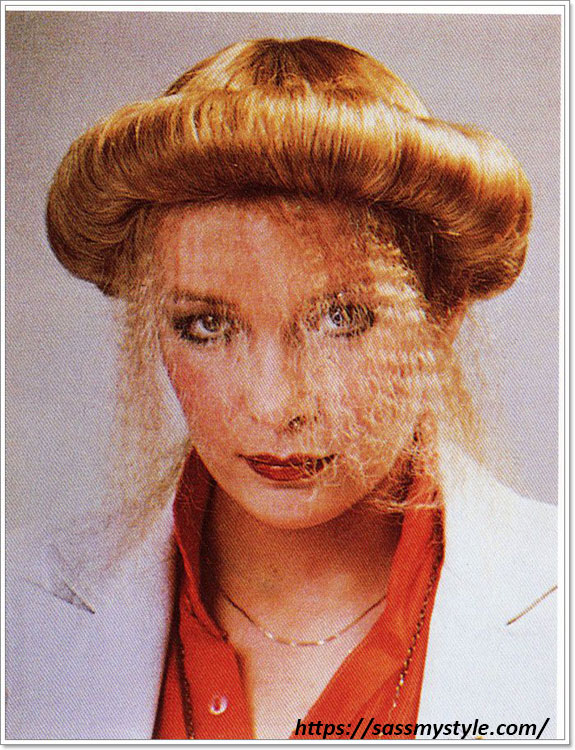 You may find it weird, but this hairdo is also among the hairstyles of the ’80s. This hairstyle was not very common, but some women used to try this hair out to look different. A hairstyle like this was usually created by making a hat out of the hair or using the hair to make a hat. 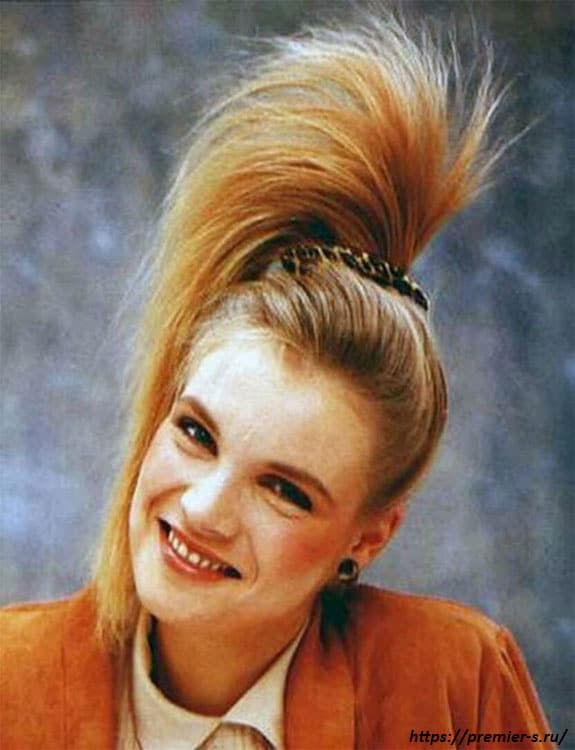 This hairstyle was also one of the common hairstyles of the 80s. For this hairstyle, first, tie all of your hair with a hairband at the crown part of your head. Make sure to tie the hair to one side of your head. Now, allow your hair to fall freely from top to bottom like a fountain. This hairstyle looks better with long hair and gives a very decent look. 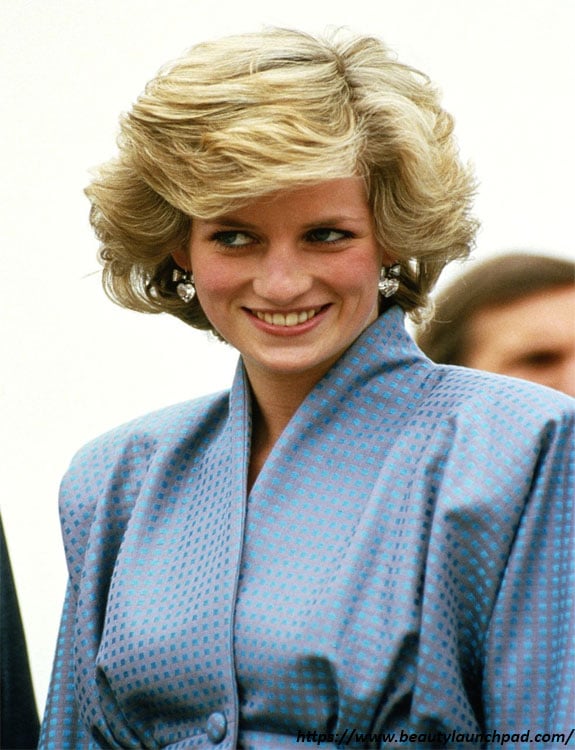 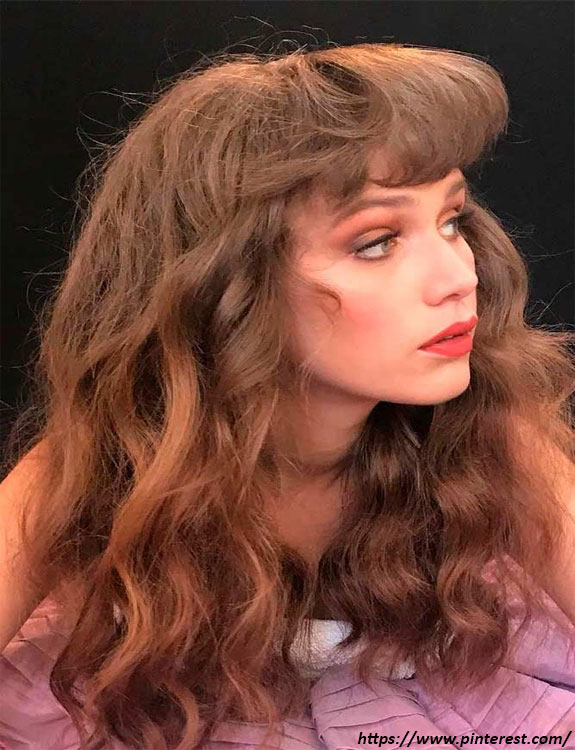 This hairstyle is the one that has a flavor of class in it. Also, this is one of the hairstyles of the 80s. As the name shows in this hairstyle, the upper hair, about three to four inches, is sleek straight. The rest of the bottom hair is crimpled using a crimper. You can achieve a very different look by making this hairstyle. 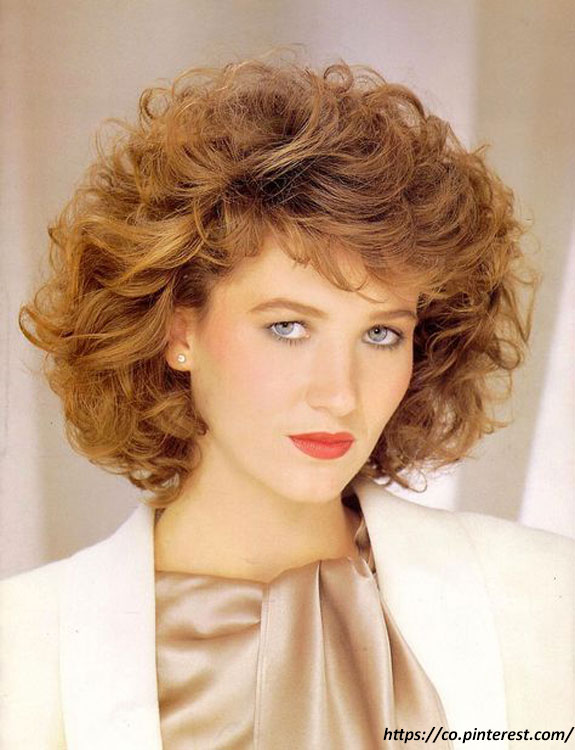 This hairdo is one of the types of layered hairstyles. Like today, bob cut was also trendy in the 80s. Some girls used to have a layer cutting with a bob cut in the decade of 1980. This hairdo gives a stunning look and can be a good option if you want a change. 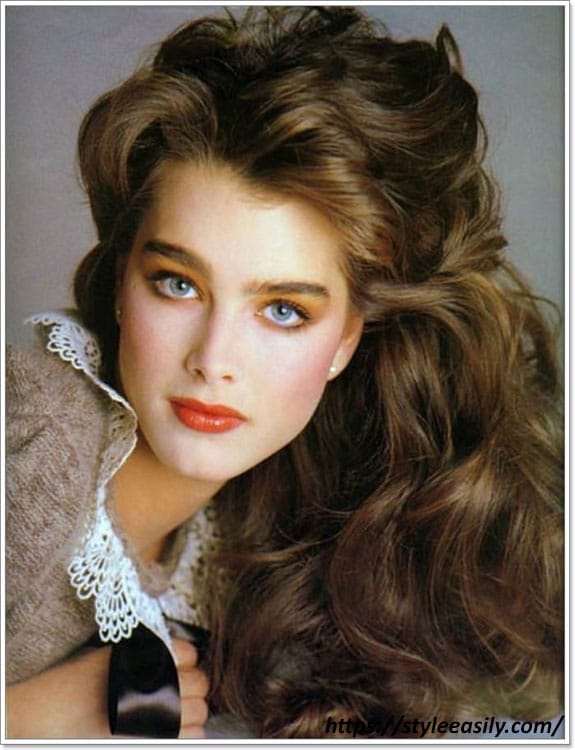 Foxy hairstyle was also a common are style back in the 80s. This hairdo gives a very hairy appearance to anyone. But as for now, the foxy hairstyle is not in so much fashion. 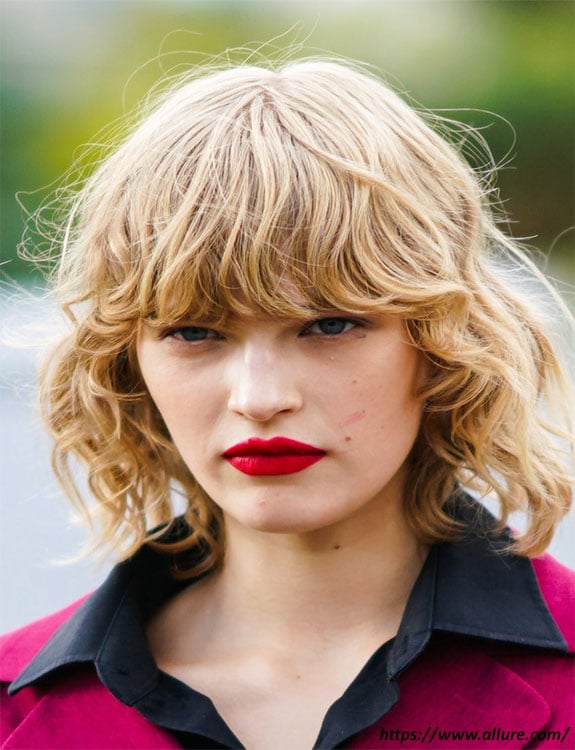 There is no doubt in saying that the 80s era was full of new hair trends and discovering new hairstyles. There are a lot of hairstyles that are even trending nowadays also. In the above article, I have covered the whole range of hairstyles of the 80s.

There must be some hairstyles that you can try out from now. There can also be some hairdos that you might have found weird and will never think of trying them out. Nevertheless, you can provide yourself with information regarding the 80s fashion sense regarding hairstyles.